MUNICH — In patients who undergo PCI, 1 month of combination ticagrelor and aspirin therapy followed by ticagrelor alone was not superior to 1-year standard dual antiplatelet followed by 1-year aspirin monotherapy for reducing deaths or MI over 2 years, according to findings from the GLOBAL LEADERS study.

In presenting the findings from GLOBAL LEADERS, a randomized, open-label superiority trial with more than 15,000 patients with ACS and stable angina, Patrick W. Serruys, MD, PhD, professor of medicine at Imperial College London, also noted that a lack of adherence to the experimental strategy during the study’s second year of follow-up may have compromised the assessment of superiority. At 2 years, 78% of patients in the experimental arm remained on ticagrelor monotherapy (Brilinta, AstraZeneca) vs. 93% of patients in the reference arm who remained on aspirin monotherapy, he said.

“What is amazing is if this trial had been stopped at 1 year with ticagrelor monotherapy vs. dual antiplatelet therapy, that trial would have been highly positive,” Serruys said during a press conference at the at the European Society of Cardiology Congress. “The fact is that in in the second year, the adherence, especially in the experimental arm, went down to 78%. There are many reasons for that. One is the dyspnea that is well known with ticagrelor. The other is that whenever there was a PCI, and bleeding — and rates were equal in both groups — a physician not put the patient back on the experimental treatment. That’s a process of education and good monitoring, probably.”

Serruys and colleagues analyzed data from 15,960 patients scheduled to undergo PCI for stable CAD or ACS, recruited from 130 centers in 18 countries. Patients underwent PCI with a drug-eluting stent, were treated with bivalirudin (Angiomax, The Medicines Company) during the procedure, and then randomly assigned to 1 month of aspirin plus ticagrelor followed by 23 months of ticagrelor monotherapy, or to a control regimen of standard DAPT for 1 year (aspirin plus ticagrelor or clopidogrel) followed by 1 year of aspirin monotherapy.

The primary endpoint at 2 years was a composite of all-cause mortality or non-fatal Q-wave MI confirmed by ECG at discharge, 3 and 24 months; the secondary safety endpoint was site-reported bleeding. 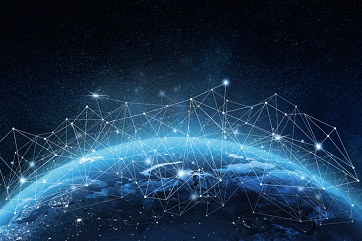 Long-term treatment with ticagrelor alone was not superior to dual antiplatelet therapy in the GLOBAL LEADERS trial.
Source: Adobe Stock

“Having stopped aspirin 1 month post-procedure, the trial showed that, at least up to 1 year in patients with ACS and stable angina, the feasibility, safety and potential efficacy of a monotherapy with a potent and consistent antiplatelet P2Y12 inhibitor when compared to standard dual antiplatelet therapy,” Serruys said. “After stent implantation, interruption of aspirin at 1 month and continuation of one specific antiplatelet therapy may be further explored as a preferred strategy in the near future.”

Serruys noted that the trial was not designed to assess noninferiority and that further studies are needed to confirm that monotherapy is not less effective than extended DAPT.

In commentary accompanying the study published in The Lancet, Deepak L. Bhatt, MD, MPH, executive director of interventional cardiovascular programs at Brigham and Women’s Heart and Vascular Center, professor of medicine at Harvard Medical School and chief medical editor of Cardiology Today’s Intervention, wrote that aspirin should remain the preferred antiplatelet therapy for secondary prevention, noting the higher rate of discontinuation and increased frequency of dyspnea in the experimental arm, as well as the higher cost associated with ticagrelor therapy.

“The best way to optimize the balance between reduction of the risk of ischemic events and avoidance of bleeding risk could be to use biological assays or simple risk scores to establish the ideal intensity and duration of antithrombotic therapy in individual patients,” Bhatt wrote. “Thus, the field of tailoring therapy remains ripe for investigation.” – by Regina Schaffer

This was a fascinating study that randomly assigned patients to receive DAPT for 1 year followed by aspirin monotherapy or 1 month of DAPT and then the rest of the period on ticagrelor alone. The outcomes were favorable toward ticagrelor at 1 year, but as Prof. Serruys alluded to, the curves came closer to each other after that, and there was no difference at 2 years. The bleeding was similar in both groups, so it’s a strategy we can utilize because it’s safe. But there was no significant benefit, so people will be unlikely to spend for ticagrelor if aspirin can do the job.

I think this study shows that long-term treatment with aspirin is just as good as long-term treatment with aspirin and ticagrelor. Is it so infrequent that people go for superiority trials for drugs that are widely available, which these are. I think it’s a good thing, because ticagrelor is more expensive and the bleeding rates aren’t any different. I think people might be less likely to use ticagrelor now. But, we know that it takes years before something like this enters clinical practice. No company is going to do a media campaign to inform about something being isn’t as good as what is already cheap and available — aspirin.

One thing that surprised me about this study is that they only assessed Q-wave infarctions for the endpoint, and those are now the minority of infarctions. I assume it was because the study was so large and they had less of a handle on all the things going on with the participants, though they had their ECGs.