Radiation exposure has long been a recognized occupational hazard with continued growing concern for personnel in the interventional laboratory. Associated with avoiding radiation exposure, new research indicates that high rates of musculoskeletal issues continue to plague those employed in the interventional fluoroscopic laboratory. Heavy personal radiation protective gear in the form of lead aprons worn to combat radiation exposure have been linked to neck, spine, hip and knee injuries that are shortening careers and limiting activities outside of work.

It is time to focus on this problem, said Chambers, immediate past president of the Society for Cardiovascular Angiography and Interventions.

Current systems have decreased patient radiation exposure upward of 70% compared with doses used in earlier systems. With less radiation, Chambers questioned whether there is a way to address different types of protective gear. “Now that we have addressed the patient, it is time to start addressing the operator and staff,” he said.

It is unclear whether workplace orthopedic injuries are on the rise for doctors and those employed in the cath lab, or if the problem has always been there. But recent surveys have demonstrated that it is clear that there is a significantly higher occurrence of musculoskeletal injuries for cath lab personnel compared with other health care workers.

What is important right now is to “stimulate discussion within the industry for doctors to be able to go their administrators and say, ‘Hey, this is really a problem, and we need to invest in our staff and our physicians to protect them,’” Lloyd W. Klein, MD, FSCAI, professor of medicine at Rush Medical College in Chicago and Cardiology Today’s Intervention Editorial Board member, said in an interview.

Nicholas M. Orme, MD, from the division of cardiovascular disease at Mayo Clinic, Rochester, Minnesota, and colleagues recently published a paper in the Journal of the American College of Cardiology examining differences in rates of work-related issues, including musculoskeletal pain and cancer, among interventional laboratory physicians and staff compared with other health care employees. 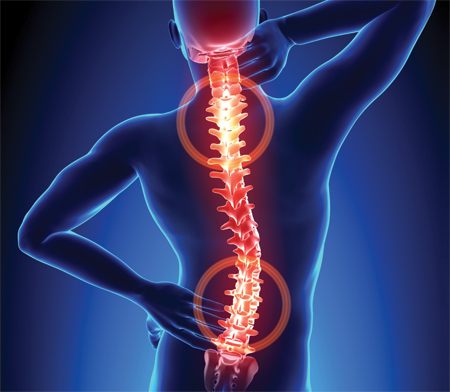 “I don’t have any personal experience other than the typical sore back after a long day. However, anecdotally, we have several colleagues who have struggled with this problem over the years, and this was one of the reasons why we wanted to study the issue,” Orme told Cardiology Today’s Intervention.

The researchers surveyed 1,543 employees at various centers. The mean age of the respondents was 43 years, and 67% reported working with patients and radiation. According to the results, employees who worked with radiation were more likely to experience musculoskeletal pain compared with other health care workers (54.7% vs. 44.7%). When the researchers adjusted for age, sex, BMI, pre-existing musculoskeletal conditions, years in profession and job description, technicians reported the highest rate of musculoskeletal pain (62%), followed by nurses (60%), attending physicians (44%) and trainees (19%).

“There are no data that I am aware of that evaluate changes in the prevalence of musculoskeletal pain in cath lab staff over time. As a result, we don’t know whether the employees working in the cath lab are having more or less pain compared to a decade or two ago,” Orme said. “Certainly, the lead aprons have become lighter over the years, but procedures have also become more complex and time-consuming. Regardless, our data show that employees who participate in procedures requiring radiation experience significantly more musculoskeletal pain than age- and gender-matched health care employees who don’t work in the cath lab. Whether the pain is getting worse or getting better, it is still a problem.”

Orme also highlighted the finding that technicians and nurses reported experiencing more pain than physicians. “Female gender and more time spent in the cath lab wearing the lead apron were associated with higher levels of musculoskeletal pain,” he said.

James A. Goldstein, MD, from the department of cardiovascular medicine at William Beaumont Hospital, Royal Oak, Michigan, published an editorial comment in JACC, in response to the research by Orme and colleagues. Goldstein acknowledged that the findings “advance the field because the survey include[d] a very large number of respondents, employed age-matched controls, and assessed not only physicians but also nonphysician allied health care personnel (who interestingly had the highest prevalence of musculoskeletal complaints. Solutions must be found so we can practice our art and heal our patients with long, healthy and robust careers,” he wrote in the editorial.

Chambers said SCAI conducted a similar survey of occupational hazards among SCAI members a decade ago. “I’m not so sure it is that the injuries are on the rise, as much as the disappointment that we have not seen improvement,” he said.

Klein was the lead author of a survey conducted by SCAI in the fall of 2014. The survey was answered by 314 interventional cardiologists who were SCAI members. The mean age of the respondents was 49 years, mean number of annual diagnostic procedures was 380 and mean number of annual interventional cases was 200. Respondents answered questions on issues related to radiation exposure, including orthopedic injuries, cataracts and cancer.

Nearly 50% of respondents reported at least one orthopedic injury, according to the results published recently in Catheterization and Cardiovascular Interventions. Regarding orthopedic injuries, age was the most significant factor. Thirty percent of those responding to the survey aged 41 to 50 years reported orthopedic issues. Although the incidence of orthopedic complaints was decreased in older respondents, Klein told Cardiology Today’s Intervention that this may be related to some older physicians leaving their practice because of orthopedic issues; therefore, they were not included in the survey.

Number of interventional cases performed per year also was linked to a higher incidence of occupational injuries.

“The fact that there is a relationship between age, number of cases and [orthopedic] injuries tends to suggest that some of the older doctors who had a large number of cases may have had more injuries and are not doing the procedures anymore,” Klein said.

Risk May Rise Over Time

Jonathan J. Rome, MD, FACC, told Cardiology Today’s Intervention that he became interested in this issue after personal spine complications. He recently presented results of a survey he conducted at the SCAI Scientific Sessions in San Diego in May.

“One thing that has become clear is that the prevalence of orthopedic injuries in the cath lab is high,” said Rome, associate chief of clinical affairs for the division of cardiology at The Children’s Hospital of Philadelphia and director of the cardiac catheterization laboratory and professor of pediatrics at the Perelman School of Medicine at the University of Pennsylvania.

Eighty-one practicing interventional cardiologists from the SCAI ListServe responded to the 20-question survey. Rome found that the longer the respondents were in practice, the more likely they were to have orthopedic issues. Among respondents who have been in practice for more than 20 years, 63% reported orthopedic complaints.

“The increasing risk is statistically significant. Overall, the prevalence [of orthopedic injuries in the cath lab] is 40%,” Rome said during his presentation at SCAI 2015.

“I am the senior member of the group in the cath lab and have been doing [interventional procedures] for a while. I have colleagues who are younger than me, and it struck me that we all have [orthopedic] problems,” he said.

Twenty percent of respondents said they missed work due to orthopedic issues, and 40% said their issues were severe enough to alter their lifestyle outside of the cath lab, according to Rome.

Back and neck problems appear the most common among cath lab staff, according to Orme. “In fact, some have even coined the term ‘interventionalist’s disc disease’ to describe the issue,” he said.

“The combination of standing in odd positions with wearing lead puts a lot of weight on the back. Bending over and turning over to see cameras probably puts a lot of strain on the neck,” Rome said. “The largest percentage of complaints is lumbar spine issues and the second largest is, likely, cervical spine. But a lot of people report both issues.”

In the Catheterization and Cardiovascular Interventions survey by Klein and colleagues, lumbar spine complications were the most common orthopedic injury reported and accounted for 34.4% of the injuries reported by 49.4% of respondents with orthopedic complaints. The second most common injury was cervical spine disease (24.7%), followed by ankle, hip or knee joint injuries (19%).

Together, technology and industry may help alleviate this issue, Rome said.

“This is an area where we need more research. Certainly, we think limiting procedure times as much as possible is helpful. Periodic rotation out of the cath lab may also be helpful. Industry efforts at creating lighter protective aprons will help. In the future, technologies such as robotic interventional equipment and remote monitoring technologies may allow less time wearing the lead apron and make the biggest difference,” Orme said.

Already, cath labs have seen many improvements, according to Klein. “A number of techniques and devices now limit how much weight a physician or technical staff member has to wear. We changed from an apron to more of shield that rests on the hip,” he said.

Some new shielding devices are starting to weigh less and provide protection without the need for the operator to bear all the weight. An example is the Zero-Gravity suspended radiation protection system (CFI Medical). However, limitations and drawbacks remain.

“Lead aprons are generally made lighter than they used to be, but the most recent apron I got is actually heavier than the one before, and it is supposedly the most updated version. There is always a balance between how much radiation shielding you get vs. the weight,” Rome said.

“In our practice, we have enabled nursing staff and technical staff to say to the doctors that they need to lower the imaging dose and to be careful about shielding. We teach fellows and make comments among ourselves to be sure that the lead shielding that protects against scatter is used correctly and that the angle of the imaging is taken in a way that limits radiation exposure to patients as well as the doctor. The most important thing you can do about limiting your own injury is limiting patient dose. All of these things are being done in my practice now,” Klein said.

The field has seen increased awareness about the importance of personal health and taking care of your back, but what has not been addressed is strategies to limit injuries related to wearing lead, Chambers said.

In a recent editorial published in JACC, Chambers acknowledged the need for improved operator protection against radiation that does not have orthopedic consequences. “Individuals entering the profession often have limited understanding of the potential long-term consequences that are often understated or ignored. It is now time to recognize the importance of preventing this personal liability. The entire health care community including equipment manufacturers, hospitals and administration, governing bodies and the medical providers, both those exposed and not exposed, must agree that this needs to be addressed and move to address this. Without this effort, continued lost manpower, injury and unnecessary disabilities that can be prevented will persist,” Chambers wrote.

“This issue has gotten attention in the past, but hopefully this time it will get a little more traction,” Rome said.

Klein said he hopes these discussions will help bring changes to address the issue of orthopedic injuries in the interventional laboratory.

“People need to talk, communicate and be aware,” he said. – by Suzanne Bryla