The livestock and poultry industry's reliance on antibiotics contributes to the problem of growing resistance to drugs. Here's what's being done to combat the problem. . .and how you can make sure the meat you eat is from animals raised without antibiotics.

No one needs to tell you about the growing problem of antibiotic resistance, the subject of countless medical journal and newspaper articles, and endless handwringing in the medical community. But it’s just possible that what you eat for dinner may have as much of an impact on the problem as the care you take with your prescription pad.

Based on statistics reported by the Food and Drug Administration in 2009, approximately 80 percent of all antibiotics in the U.S. are sold for livestock, not taken by people. That includes about 70 percent of medically important antibiotics according to the Pew Charitable Trusts, which also points out that the U.S. uses far more antibiotics in livestock than many other nations. American animals get six times more of the drugs than those in Norway or Denmark, for example. Even in the last couple of years as the FDA was releasing new guidelines for livestock antibiotic use, sales of the drugs were increasing. The FDA's 2015 annual report found that the amount of medically important antibiotics sold for use in food animals grew by 20 percent from 2009 to 2012; most troubling, the rise in the sale of cephalosporins in those years was about 40 percent. According to the FDA, more than 32 million pounds of antibiotics were sold in the U.S. in 2013 for meat, poultry, and dairy production. 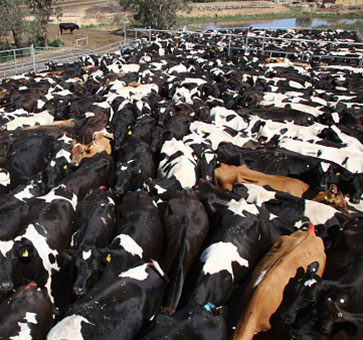 “The vast majority of the drugs are added to feed to promote faster growth or to compensate for the stress of raising animals under crowded and confined conditions,” says David Wallinga, MD, a member of the steering committee of the 11-million strong member coalition “Keep Antibiotics Working,” and senior health officer for the Natural Resources Defense Council.

It’s becoming evident there are dire consequences to practices like these. Environmental and Occupational Health professor Lance Price, PhD., at the Milken Institute School of Public Health, George Washington University, testified last year before the President's Council of Advisors on Science and Technology. He informed them "that half of the ground turkey products on our grocery store shelves are contaminated with multidrug-resistant E. coli, including strains resistant to some of our most important antibiotics, such as cephalosporins." One strain of Salmonella was resistant to all eight classes of antibiotics tested by the FDA.

Price provided compelling evidence that a new strain of livestock-associated MRSA actually began as a treatable staph in people, then jumped to pigs where it acquired the methicillin resistance gene, and then began infecting humans as MRSA. Preliminary findings are showing that strains of antibiotic-resistant E. coli from grocery store samples of meat and poultry match the strains of drug-resistant urinary tract infections in local hospital patients in Flagstaff, Arizona. “This suggests that a substantial portion of urinary tract infections may be derived from foodborne E. coli and broaden the potential negative health consequences of using antibiotics in food-animal production beyond the classic food-borne pathogens,” he said.

Even more worrisome, scientists at Texas Tech University in Lubbock have found that DNA from antibiotic-resistant bacteria in cattle feedlots have been found downwind of the farms, meaning that not only are humans vulnerable to these “super bugs” by consuming contaminated food or water, but perhaps also just from breathing.

Some countries have already taken steps to limit the use of antibiotics in animals. “European countries started phasing out the use of antibiotics in animal feed to promote faster growth almost thirty years ago,“ says Dr. Wallinga. “In Denmark, this quickly reduced total antibiotic use by about half." Other nations, unfortunately, are increasing their use of the drugs. A Princeton University study estimated a two-thirds increase in global antibiotic use in animals between 2010 and 2030—doubling in countries like China, Brazil, India, and Russia, where consumption of meat, dairy, and eggs is growing.

This spring the Obama administration released a National Action Plan for Combating Antibiotic-Resistant Bacteria, including a call to eliminate the use of medically-important antibiotics for growth promotion in food-producing animals by 2020.

Many large consumer outlets are not waiting that long. This spring, McDonald’s, the world's largest fast food chain, announced that it's committing to serving chicken raised without antibiotics used in human medicine in all 14,000 U.S. restaurants by 2017. (The ban does not include the company's approximately 22,000 international restaurants. Nor does it affect their beef hamburgers.)

Smaller chains such as Chipotle Mexican Grill and Panera Bread have already banned antibiotics in their food, as has the supermarket company Whole Foods. And the day after McDonald’s announcement, Costco, one of the country’s largest food retailers, stated they, too, are working toward “eliminating the sale of chicken and meat from animals raised with antibiotics that are vital to fighting human infections.” It's a start.

Just Say "No". . . to Buying Meat Raised with Antibiotics 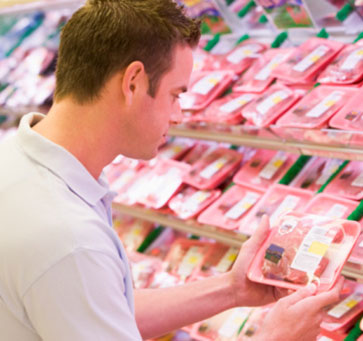 Best Choices
Meat or poultry labeled “USDA Organic” or “No Antibiotics Administered/USDA Process Verified” are the most reliable way to be sure the meat you’re buying was raised without the drugs. Another way to be sure, of course, is to shop at a market like Whole Foods, which only sells meat raised without antibiotics.

Meaningless Words
Several other labels, which seem to indicate a good choice, are unapproved and unregulated. The label “Natural,” for example, is approved by the USDA to indicate a final product that contains no artificial ingredients or added color, and is only minimally processed. It has nothing to do with the use of antibiotics.
And the following labels are not authorized or approved by the USDA:
--Antibiotic-free
--No Antibiotic Residues
--No Antibiotic Growth Promotants